You Will Love Our Subtitles 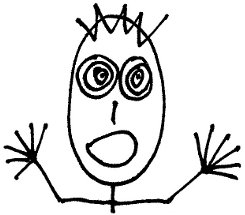 February 16 2016 – We have entered 2016 with hard work and a few news. A new addition to our team is Veronika Vázlerová, a translator and subtitler for English. We have also launched a new in-house IT system in order to make our work faster and easier. We wish you a happy new 2016!

October 26 2015 – We are proud to have worked on subtitling several documentaires that are to be screened during the Jihlava Documentary Film Festival, namely The Perpetrator and the Bystander, On the Water, The Dangerous World of Doctor Doleček and Confession of the Vanished.

October 14 2015 – We have slightly adjusted our prices. The one big change is an roughly 10 % increase in our prices. We have been in the translation business for almost five years and we have learnt that, beside other things, we can compete only with quality of our translations and not with price only. Nevertheless, the price increase does not mean we have stopped to be a socially responsible company with special rates for educational and non-profit projects. We are also still a low-budget business whose large majority of costs consists of labour, that is compensation for our translators and proofreaders. Thank you for supporting us so far.

June 5 2015 – We have improved our website, which is now responsive, making it ever easier to browse it on your smartphones and tablets.

September 9 2014 – The last major news of this year is our new price list that underwent some changes. We added new items and tried to make the price list easier to understand. For a price calculation, use our simple price calculator.